On the cover of Women’s Running’s August 2015 magazine, you can find New York City runner Erica Schenk. Unlike most women that have adorned the cover of this and other fitness magazines, Schenk is a plus-size model. In an interview with Today.com, the editor-in-chief of Women’s Running told them, “There’s a stereotype that all runners are skinny, and that’s just not the case.” 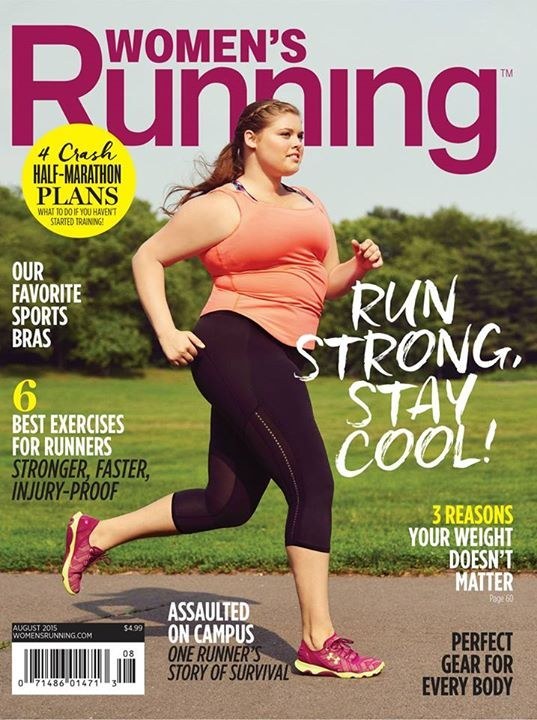 She continued: “Runners come in all shapes and sizes. You can go any race finish line, from a 5K to a marathon, and see that. It was important for us to celebrate that.”

“I think that every woman goes to the magazine rack sometimes and feels like she can’t see herself in the cover images,” Sebor said. “We wanted our readers to feel like they could see themselves in our cover.”
Which is why people were excited and emotional to see Schenk on the cover.