The Proceedings of the National Academy of Science recently released an article that shows a clear connection between spending time on trails and relieving anxiety. Researchers at Stanford University did a study to determine whether or not time in nature could help break people out of the vicious cycle of negative thinking which leads to a greater risk of depression as well as other mental illnesses.

There were two groups in the study. One group went for a 90-minute fast-paced walk in nature while the other group spent the same amount of time at the same speed but in an urban setting. After their walks, the participants self-evaluated their own thoughts and brain scans were performed to detect any changes in the brain.

Those who spent that time in nature reported significantly less negative thoughts and the part of the brain that is associated with mental illnesses had less activity. The brain scans were done using new fMRI technology which revealed that these walks out in nature caused real and noticeable changes in their brains. 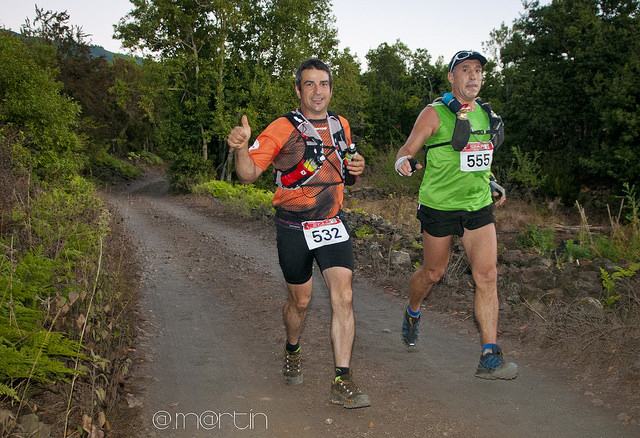 On the other hand, the participants who did their walking in urban areas had no self-reported changes in their thoughts nor did their scans show any changes in brain activity. Greg Bratman, the lead author of the study said, “It seems that there is something about physical activity outdoors, in a natural setting, that decreases worry, anxiety, and other negative thoughts.”

While Competitor has long documented the positive psychological effects of running in general, Bratman’s work suggests that trail running in particular may provide an extra boost. “Leaving the busyness and tumult of the city for more natural settings seems beneficial when it comes to psychological wellbeing,” he says. “A trail run may offer something [for mental health] that urban running does not.”

Though we don’t yet know the exact mechanisms by which nature causes these changes in the brain (that’s the next phase of Bratman’s research), one working theory is that unlike urban settings—with their crowds, traffic, and unpredictable loud noises—natural settings make us feel less threatened and in doing so, help turn off our evolutionarily-rooted stress response.

The Stanford research couldn’t be timelier. Over the past two decades, a marked increase in urbanization has been paralleled by a marked increase in depression, anxiety, and other psychological disorders. What’s more is that even in the comfort of our own homes, many of us create “urban settings,” with multiple devices flashing, beeping, pinging, tweeting, and the list goes on and on. When we run in the city, we are simply moving from one urban environment to another. When we run in nature, we turn it all off.

Bratman’s work serves as strong scientific reminder to not underestimate the healing power of a trail run—particularly when it comes to quieting a racing mind and dulling angst. Though for many runners, the proverbial 45-minute drive (if you’re lucky) to a trailhead may seem like a hassle, the psychological benefits of a weekly trail run are probably worth it, especially if you are prone to rumination.

As refrained by Cheryl Strayed in the book and movie Wild, during periods of psychological distress, “Put[ing] yourself in the way of beauty” is often the best medicine.