Barefoot running was one of the biggest crazes in the running world, and was insanely popular a few years ago, particularly because of the book by Christopher McDougall, “Born to Run,” which is being made into a movie with Matthew McConaughey as the lead. The idea was simple: take your shoes off, and let the natural motion combined with a perfectly balanced landing on your bare foot and all of your aches and pains will go away.

McDougall called Huntington Beach resident Ken Bob Saxton the “great bearded sage” when it came to barefoot running. However, as barefoot running became more and more popular to the point where shoe manufacturers began producing “barefoot shoes” that didn’t have any cushioning, Saxton, who has completed 109 marathons barefoot, became concerned.

“People get too excited when they take off their sports shoes and are doing too much too soon, not giving their bodies a chance to adjust to the new biomechanics. They should do five minutes at first, but they do their normal five miles – and get hurt,” Saxton said. 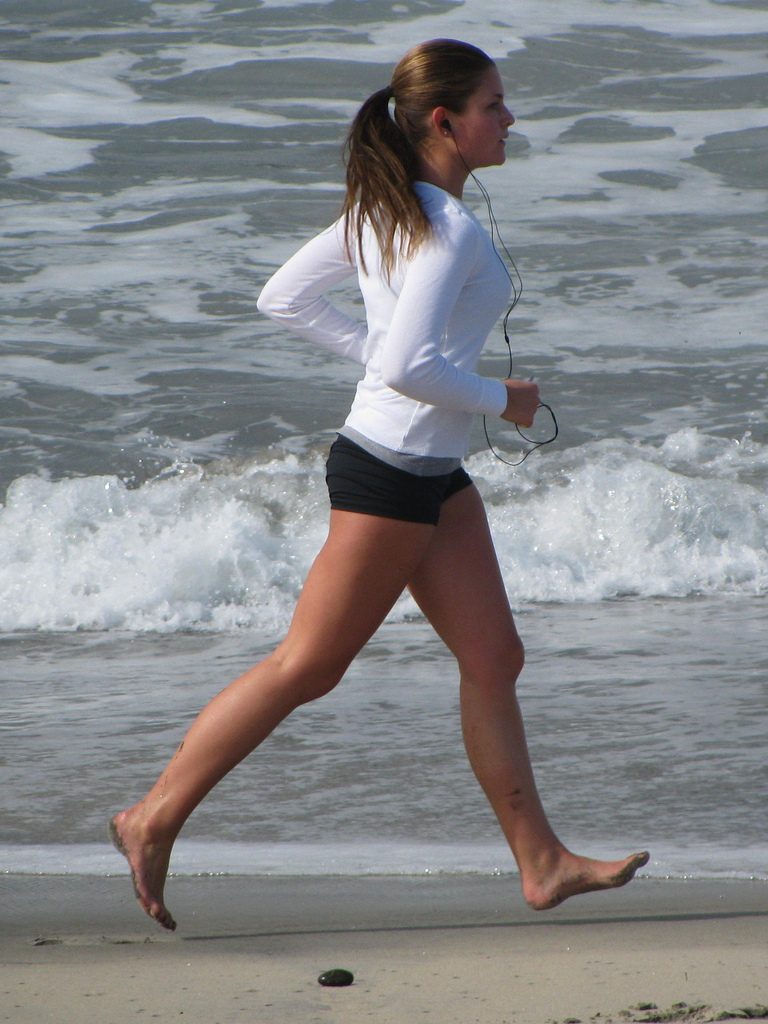 His concerns that this would lead to the barefoot movement dying out were realized as just two years later, there are only a few die-hards who are still barefoot running. When done properly, barefoot running does do everything it claims to do, but people need to realize that their bodies need an adjustment period for everything to go smoothly.

Running in shoes is harder on the knees and easier on the heel and Achilles tendon, so the structures that aren’t use grow weak and need to be strengthened over time before full marathons can be run barefoot.

Barefoot drills and exercises that strengthen the foot, increase ankle flexibility, slim waistline and improve gait patterns are working their way into gym workouts. Olympic runners use them to groove their gait pattern. The elderly use them to prevent falls. All ages use them to rehab nagging knee and hip pain.

Justin Sandherr, 30, a private wealth manager from Atlanta, uses barefoot exercises like spreading the toes wide and lifting and lowering the big toe and pinky independently and simultaneously to eliminate knee pain from a 6-year-old injury. “Regular weights don’t stabilize my knee joint like the barefoot methodology does. There’s a direct correlation: Work the feet, no more knee pain. I won’t play basketball or snowboard unless I’ve been working my feet.”

Retired teacher Susi Erwin, 66, an active skier, runner and two-time cancer survivor from Denver, says she used to fall a lot and once shattered a hip bone. For seven years she has been taking barefoot aerobics classes that start with six minutes of foot and ankle drills.

Sandherr and Erwin both take classes designed by Stacey Lei Krauss, the founder of the Willpower Method, which has 1,000 certified instructors across the country. The functional-fitness classes often begin with foot strengthening and flexibility exercises, such as toe-tapping or spreading the toes.

“People told me that I was nuts back when I started this in 2000, but I felt there was something important to skin touching the ground,” Krauss says. “A functional body must begin with a strong, flexible and injury-free foundation — the feet. You should have your toes spread wide for balance, in shoes that give them room to do this. … When the feet are off-kilter, so are you.”